Last semester our class was lucky enough to meet with Alan Roddick, Charles Brasch’s literary executor. We chatted with Alan about a wide range of topics, including his own experiences with Brasch and his time working as his literary executor. These sessions gave us a great chance to learn about Brasch as a collector, editor, writer, and individual. Among other topics, we discussed Brasch’s own writing, paying particular attention to his poem “The Islands”, and the process of and inspiration for its creation. 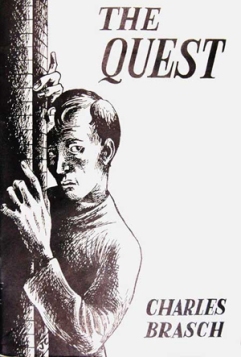 Brasch’s second poetry collection, The Quest, contains “The Islands” as it was originally published.

Although Brasch composed “The Islands” in London, he describes a recognizably New Zealand landscape through imagery of flora, fauna, and seaside liminality. Lines such as “Always, in these islands, meeting and parting / Shake us, making tremulous the salt-rimmed air” (15-16) create an image of New Zealand that is anchored in nature, yet transient and poignant in tone. The narrator’s careful and somewhat melancholy consideration of his surroundings is communicated through a poetic style marked by evenness, restraint, and regularity.

These aspects of “The Islands” can be understood as markedly drawing on Anglo-American poetic traditions. Indeed, one of the main topics which we discussed with Alan was the way in which Brasch was strongly influenced by European writers such as T. S. Eliot, Robert Graves, and W. H. Auden. Brasch admired both the poetic styles of these authors, as well as the English cultural values which they embodied.

If we examine the first stanza of Auden’s “Brussels in Winter”, published in 1938, several similarities become apparent.

Coming on fountains silent in the frost,

The city still escapes you, it has lost

The qualities that say “I am a Thing.”

Not only do Auden and Brasch use a similar number of syllables per line, but both writers use contemplative tone in order to communicate themes of belonging, intimacy, and transiency. They additionally both explore similar subject matter: that of their local environments which are being encroached upon by nature.

Yet Brasch also looked to other New Zealand authors for inspiration; the line “The godwits vanish towards another summer” (21) provides an interesting link to New Zealand writer Robin Hyde and her novel The Godwits Fly, published in 1938. A socialist and a feminist, Hyde travelled extensively through China during the war with Japan, and spent the final months of her life with Brasch and James Bertram in London. The Godwits Fly is a novel which explores family dynamics, and the experience of growing up as a female in early twentieth-century New Zealand. Although it is a fleeting reference, Brasch’s reference to Hyde’s ideas is suggestive of the importance which she held for him as a writer and a friend, and the closeness with which they worked together. The phrase “Toward another summer” (21) would later be picked up by another member of Brasch’s literary network, Janet Frame, as the title for her posthumously published novel. Brasch’s poem therefore becomes something of an interweaving of traditions, drawing upon both European modernist writers and local authors equally concerned with the creation of a new, New Zealand voice.

Remindingly beside the quays the white

Ships lie smoking; and from their haunted bay

The godwits vanish towards another summer.

Interestingly, Brasch himself does not appear to have owned a copy of The Godwits Fly. However, the six other books by Hyde within his library demonstrate that her writing certainly held an important place for Brasch.

In terms of Brasch’s European poetry collections, the numbers featured in the library are, unsurprisingly, impressive: Brasch owned over fifty items by Robert Graves, as well as over thirty items by Auden and Eliot respectively. These include titles which you would expect such as poetry collections by the respective writers, but also more unexpected and surprising works. One of these curious additions is a facsimile and transcript of “The Waste Land” by Eliot, including the annotations made by Ezra Pound during the editing process. Items such as this demonstrate the close interest which Brasch held in Eliot’s writing, from a collecting viewpoint as well as from a stylistic one. 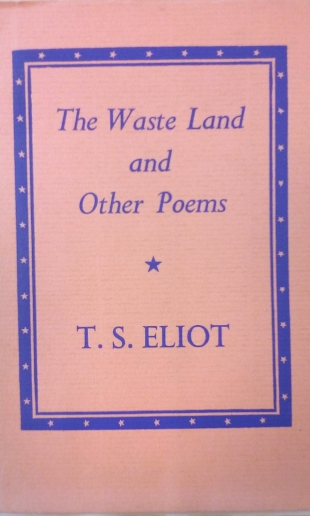 Brasch’s copy of The Waste Land and Other Poems by T. S. Eliot